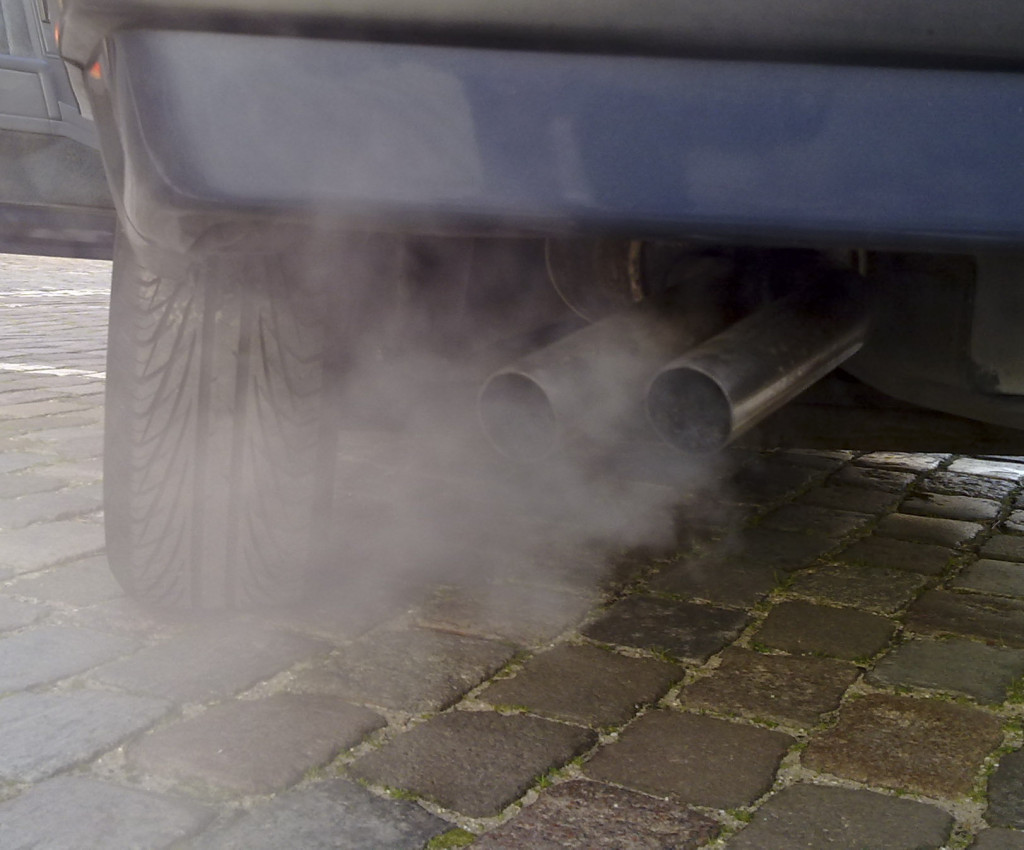 Vehicle exhaust contains a number of harmful pollutants, including fine particulate matter, and it is increasingly the primary source of urban air pollution (courtesy of Wikimedia Commons).

A few weeks ago, Rachel Dissell and Brie Zeltner from The Plain Dealer released their roughly 26-part series, “Toxic Neglect,” which provided an incredible deep dive into the City of Cleveland’s chronic lead poisoning crisis. The series is truly outstanding journalism, something that is becoming increasingly rare in Northeast Ohio these days, and enough to max out your rage meter. If lines like “[Cleveland puts] more money into baiting for mosquitoes to curb West Nile virus and to prevent rabies in raccoons than we put into lead poisoning” and “national policy for decades has been to use primarily poor, minority children as household lead detectors” don’t enrage you, you don’t have a heart.

Dissell and Zeltner’s thorough investigation shines a light upon a major issue that is too often ignored in this region – the fact that at least 2,000 Cleveland children are poisoned by lead each year – and documents the City’s completely inability (desire?) to mitigate the crisis. They attempted to put a price tag on the problem, noting that lead reduces IQ and lifetime earnings potential, increasing healthcare costs, and contributes to violent crime in a city already plagued by them.

Dissell and Zeltner do an incredible job of displaying how the environment into which Cleveland children are born and in which they are raised irrevocably affects their futures. Their investigation centers on the city’s legacy of lead paint in its aged housing stock, the chief source of lead in the region. While airborne lead used to be an urban scourge, tetraethyl lead was finally phased out of all gasoline in the US in 1996. While much of that lead remains in our contaminated soils to this day, it is no longer the main culprit.

This series is just the latest in a string of great work from Zeltner, including earlier explorations of childhood asthma and infant mortality. But whereas it makes sense to minimize the role of air pollution in the lead series, this omission makes far less sense in the other two cases. We know that it is a important driver for both. But, for some reason, people in Northeast Ohio keep turning a blind eye to a problem that, quite literally, is all around them at all times.

It was with all of this in the back of my mind that I read a recent article in the journal Environmental Health Perspectives that examined the impacts of vehicle emissions on the cognitive development of children. The study, written by a group of public health professionals in the Boston area, focused on how exposure to pollution from traffic during late pregnancy and early childhood affects the brains of children later in life. The authors looked at the results of cognitive analyses for 1,109 children, aged 6-11 years old, who were part of an existing health study from 1999-2002. Because they tapped into this cohort, the authors had access to data on a number of variables, including household income, mother’s IQ, exposure to lead, and whether or not the mother smoked. Accordingly, they were able to control for each of these factors when conducting their analysis.

They split their sample into three main groups: those children living less than 50 meters from a major roadway, those living between 50 and 200 meters away, and those living more than 200 meters away. These distances are significant, as coarse and fine particulate matter rarely travels more than 10 to 100 meters in the air before settling back to the surface. This allowed them to examine how children growing up in close proximity to heavy daily automobile traffic would fair later in life. The results were stark:

Interestingly, the authors were unable to find a statistically significant effect of traffic-related air pollution on childhood IQ, perhaps because the effects of pollution were so tightly entangled with socioeconomic factors.

But the evidence does not stop there. In a 2008 study using another cohort of children from Boston, Suglia and colleagues looked at the connection between early childhood exposure to black carbon, a particularly harmful component of fine particulate matter, and cognitive function when children were 8 to 11 years old. They found that children exposed to high levels of traffic-related black carbon pollution saw their IQ scores fall by 3 points, even when controlling for socioeconomic variables, exposure to tobacco smoke, and blood lead levels. The authors noted that this IQ decrement was comparable to those experienced by children born to smokers (4 points) and by children poisoned by lead (1-5 points). Additionally, a separate 2011 study found a connection between prenatal exposure to traffic pollution and an elevated risk of childhood autism.

All told, mounting evidence suggests that children exposed to high levels of traffic-related pollution before and after birth are far more likely to have lower IQs and to suffer from developmental disorders. Just because we rarely see visible pollution like that from the mid-20th century these days does not mean that the problem is behind us.

It’s incredibly important for a city like Cleveland, which is struggling to break free from repeated cycles of poverty and abandonment, to come to grips with this reality fully, for two main reasons.

First, it may force us to recognize the consequences of our individual actions. Our driving habits are responsible for the majority of fine particulates and nitrogen oxide emissions in this region. We are part of the problem. Maybe the girl growing up on East 79th or West 98th is struggling in school, at least partly, because of the toxic environment into which she born. If we finally start to talk about this, perhaps we can make changes, even if just on the margins. Was driving half a mile to the store really worth aggravating her asthma? Was idling so you could run the AC while waiting to pick up your child worth the extra pollution you exposed him to?

Secondly, acknowledging these issues will force us to rethink our regional development choices. If we want to help improve the lives of low-income Clevelanders, should we really be, say, building a $331 million urban highway that will just bring more traffic, noise, pollution, and dislocation to communities that already have a surplus of them? Is that wisest use of our limited resources? Are we honestly going to help lift people out of poverty by exacerbating some of its causes?

We can’t drive our way out of a driving problem, and we can’t sprawl our way out of a sprawl problem. I don’t know if air pollution is topic that can bring all of this to the fore. Obviously I’m biased. But it’s also a ubiquitous problem in this region, and it plays a factor in a host of our pressing problems. It’s time to make it a permanent part of the conversation.

4 thoughts on “Air pollution adds to a number of Cleveland’s ills. So why does no one talk about it?”