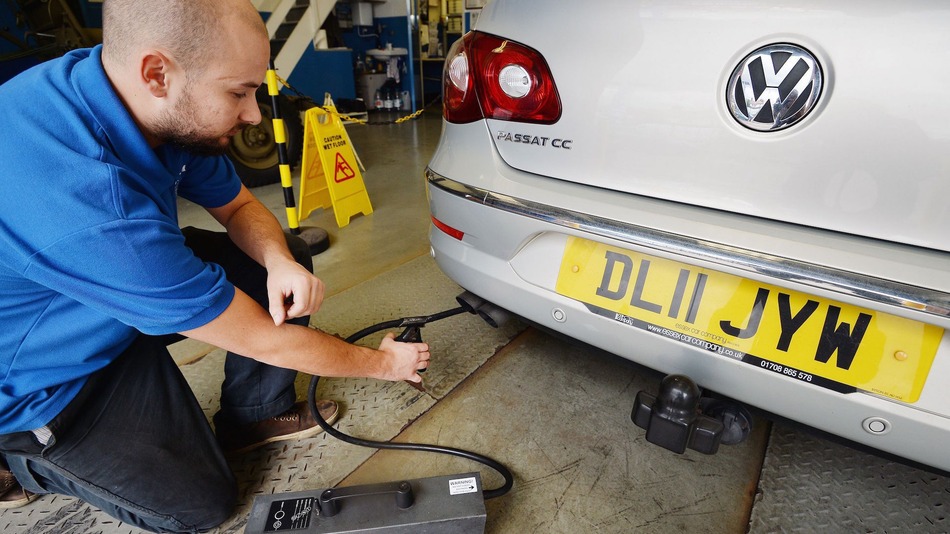 Since the EPA announced on September 18 that Volkswagen had installed “defeat devices” in its so-called clean diesel vehicles for model years 2008-2015, analysts have been attempting to quantify the public health costs of this single action. A range of outlets from The New York Times to the Associated Press to Mother Jones offered up their estimates. (My personal favorite came from Brad Plumer at Vox, though that’s probably because I pointed him to the EPA technical support document containing the mortality factors that he used for his calculations…) Each entity used a different methodology and came up with different numbers, demonstrating just how hard it is to tabulate the real world impacts of pollution.

Well, last week, a group of researchers from MIT and Harvard published the first peer-reviewed assessment of the public health effects of the diesel scandal in Environmental Research Letters. This study finally gives us a reasonable baseline against which we can measure the true impact of VW’s deception, and the results aren’t pretty. According to Steven Barrett and colleagues, the affected Volkswagen vehicles will  account for an estimated 40.5 billion vehicle kilometers traveled from the start of 2008 to the end of 2015. Using the emissions estimates from the Institute for Clean Transportation, the organization that caught the defeat device, these “clean” diesel cars released 36.7 million kilograms of excess nitrogen oxides (NOx). These emissions directly contributed to the development of fine particulate matter (PM2.5) and ground-level ozone, both of which are clearly connected to premature mortality and a host of non-lethal health effects.

All told, from 2008 to the present, Barrett and colleagues estimate that VW’s defeat devices are responsible for roughly 59 premature deaths in the US. Additionally, the associated emissions led to 31 cases of chronic bronchitis, 34 hospital admissions for respiratory illness, and approximately 120,000 restricted activity days. Assuming that the statistical value of a human life is $8.5 million, the premature mortality attributable to VW’s actions totals around $450 million; this number does not include the social costs of morbidity.

Moreover, the authors acknowledged that the defeat devices remain on roads throughout the US. If they are not repaired in a timely fashion, the resulting excess emissions will likely cause an additional 140 premature deaths and public health costs of at least $910 million more. As The New York Times has noted, it may be extremely difficult for VW to get drivers to consent to the necessary repairs, as it may lower fuel economy and hurt performance. Fortunately, if VW was able to get each of the 482,000 affected vehicles in the country repaired adequately by the end of 2016, we could avoid 130 of the 140 anticipated deaths.

The aggregate costs of VW’s deception are truly astonishing. The authors estimates suggest that the excess NOx  emissions associated with the defeat devices made up 1% of total light duty vehicle emissions in 2015 alone. And, while it is true that the cars themselves are more deadly than what comes out of their tailpipes – the authors find the affected vehicles likely led to approximately 280 traffic fatalities – Barrett and colleagues explain that “the air pollution death rate from the excess NOx emissions is therefore ~20% of the accident fatality rate for an average US passenger car.”

Beyond putting a number on the social and public health costs of the VW emissions scandal, this study also represents the first time that anyone has attempted to illustrate the spatial distribution of the costs. As the map below shows, the excess NOx emissions were concentrated primarily in a handful of urban centers, including New York City, Washington, DC, Detroit, Atlanta, Denver, Houston, San Francisco, and Los Angeles. (Unfortunately the study does not provide a way for readers to estimate the distribution of premature mortality by location, as the map’s data are not granular enough for such an analysis). 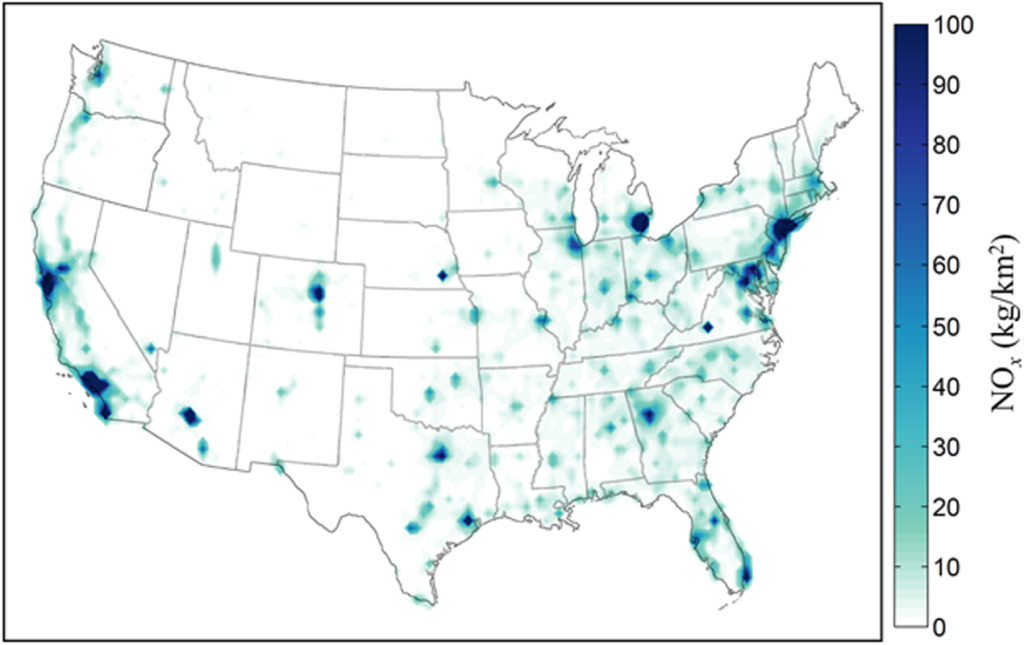 Overall, this study is important for two main reasons: