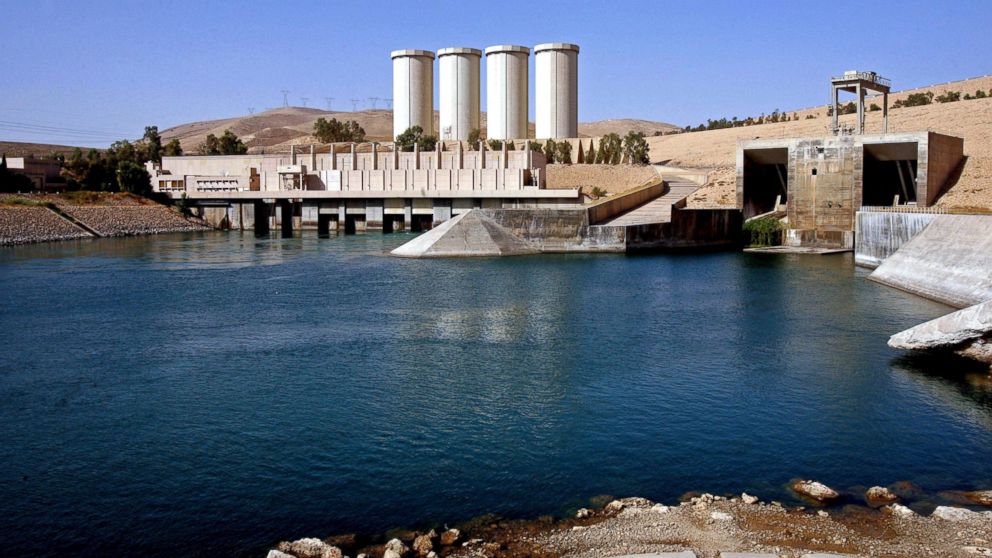 If you haven’t read my last post on why we need to integrate climate change into disaster risk reduction, read that first. I’ll wait. And, while you’re at it, read my other post on including DRR into the sustainable development goals.

As you’ll recall from my last post, I outlined new research arguing that we need to integrate climate change into disaster risk reduction. In this post, I want to explore Syria within this context.

Last week, PNAS released a major study linking climate change (paywalled) to the historic drought that may have contributed to the ongoing violent conflict in Syria. Unsurprisingly, the study has generated a lot of attention, garnering significant coverage from The New York Times, National Geographic, Slate, Mother Jones, and the Huffington Post, among other outlets.

The debate over the Syria study

Given the highly contentious nature of the climate change and conflict debate (see more from me on this here and here), there has been some blowback, most prominently from Keith Kloor at Discover. In his second post on this debate, Kloor finds some dissenting voices on the study, including Edward Carr from the director of the Humanitarian Response and Development Lab (HURDL) at the University of South Carolina. Carr objected to the general view within the media that this study represents proof of the connection between climate and Syria’s violence. As he noted,

I think the translation of this drought into conflict is pretty weak. Basically, they plumb the conflict literature to support really general statements like “The conflict literature supports the idea that rapid demographic change encourages instability.” No kidding – not sure a citation was needed there. But the causal change between climate change, drought, displacement, and conflict is long and crosses several bodies of data/evidence, all of which are uncertain. The compounding uncertainty in this causal chain is never addressed, so I can’t tell if it is offsetting (that is, some parts of the causal chain address weaknesses in other parts, thereby making the connection throughout the chain stronger) or compounding. I doubt the authors know, either. Basically, I don’t understand how you can get any real understanding of the likely contribution of climate change to this conflict via this mechanism.

Some members of the media who covered the study objected to the criticisms lobbied against them. And, to be fair, both sides make fair points. The media coverage of this study has been far more measured and accurate than in the past. At the same time, the critics are also correct that this study does not prove that climate change caused the Syrian civil war and that we need to be careful when saying it did.

Because I tweet entirely too much, I waded into this debate in the form of a lengthy exchange with Kloor, Neil Bhatiya from The Century Foundation, and Brian Kahn of Climate Central. In it, Kahn asked an important question: Does discussing the role of climate change really detract from focusing on the other drivers of the conflict?

It is in this context that I want to discuss the Kelman, Gaillard, and Mercer paper. In the paper, KGM argue that the extensive focus on climate change sometimes allows it to “dominate” other drivers of vulnerability and disaster risk. Climate change can drive both hazards and vulnerabilities, two of the components in the disaster risk triad, but the question of whether climate “is a more significant or a less significant contributor than other factors…depends on the specific context,” and we should not focus on it to the detriment of other contributors. We cannot miss the forest for the trees.

What KGM means for the Syria study

Here I want to turn to another issue – the policy implications of the PNAS study. For the most part, none of the media coverage of the paper discusses what policymakers are supposed to do with this information. How should it shape their interventions in Syria? What lessons can should they glean for the future? Carr’s colleague at HURDL, Daniel Abrahams, noted the problem therein, saying “I would guess policy makers see this paper as a distraction; something that fills their inbox with people tangentially paying attention to climate issues.”

I’ve been thinking a lot about this question over the past week, and I would argue that it is here that the KGM study’s emphasis on placing climate change in its proper context can be particularly valuable. Let’s assume for a minute that USAID wanted to operationalize the Syria study as the basis for an intervention in the region. If the agency focused on the role that climate change played in driving the conflict, it may conclude that it should invest in projects that can provide reliable clean energy and drinking water to Syria’s crowded urban centers and irrigation water to its hard-hit farmers. What project meets all of those criteria? Why a dam, of course.

USAID actually has a track record of funding the construction of a dams in drought-affected, fragile states within the region, including Iraq’s Mosul Dam and the Kajaki Dam in southern Afghanistan. Accordingly, funding this type of project would not be out of the realm of possibility, and it would likely make sense when viewed from a climate lens. So what could go wrong wrong?

Well, in a word, lots. The climate lens fails to account for the geographic and political environment in which Syria sits. Syria is the midstream party for the Euphrates River, sitting between its upstream neighbor (Turkey) and its downstream neighbor (Iraq). Additionally, the Tigris River forms the border between Syria and Turkey as it heads southeast into Iraq. Disputes over water allocations from the rivers have undermined relations among the three parties for decades.

The complicated hydropolitics within the region are often centered around the Kurds. Turkey has embarked on a massive river basin development scheme, the Southeast Anatolia Project (GAP), which will see it complete 22 dams and 19 power plants. Turkey’s Kurdish minority sees GAP as just another attempt to drown their cultural identity and weaken the Kurdish People’s Party (PKK). Turkey’s dam building has long been a point of contention for Syria and Iraq. Syria has supported the PKK as a proxy battle over water allocations, while Turkey invaded northern Iraq in 1997 to attack Kurdish rebels stationed there. Syria and Iraq have also fought among themselves over water issues, with both countries dispatching troops to the border in 1975.

Clearly, the construction of one or more dams could further exacerbating the region’s hydropolitics. Furthermore, the dam itself may become entangled in the conflict. The Taliban has launched a number of attacks on the Kajaki Dam against American and British forces. ISIS, for its part, has made Iraq’s dams major targets. Its capture of the Mosul Dam, which observers have dubbed “the moment IS ascended from a dangerous insurgent group to an existential threat to Iraq,” was among the major factors that drew the US into the conflict. Any militants who remained in Syria would likely see our hypothetical dam in this same light.

Lastly, new dam projects in the region would likely create widespread, deleterious consequences for Syrians and Iraqis living downstream. Large dams have displaced 40-80 million people worldwide and created a whole host of social and environmental problems. One need look no further than Iraq to see how dams can destroy livelihoods. Following the First Gulf War, Saddam Hussein used dams to drain the Mesopotamian Marshes in order to punish the Ma’dan people. The UN Environment Programme has called this episode “a major environmental catastrophe that will be remembered as one of humanity’s worst engineered disasters.”

While it’s true that climate change will alter conflict dynamics and act as a threat multiplier going forward, we cannot allow this risk to blind us to other the critical considerations at play.