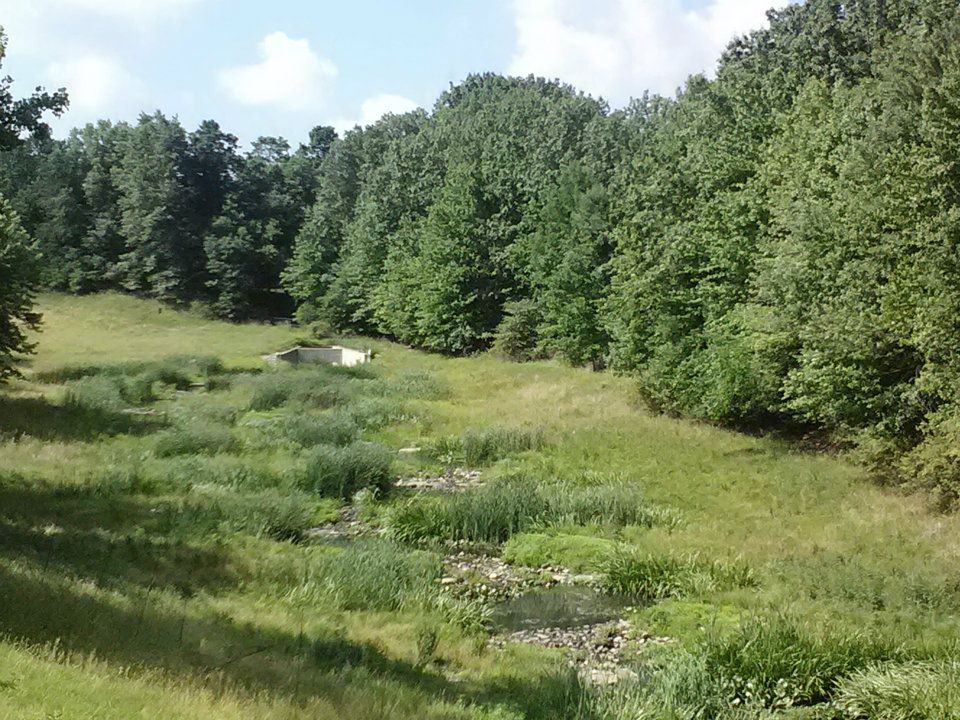 Given the spate of bad news for the Great Lakes recently – from declining lake levels to toxic algal blooms to microplastic pollution to the threat of an Asian carp invasion – it may be hard for people to find any good news on the health of these vital bodies of water.

Fear not. The US Fish and Wildlife Service conducts a census of the nation’s wetlands every five years, and the latest report includes great news for the Great Lakes region – total wetland extent in the region expanded by 13,600 acres. As Sarah Goodyear wrote at Next City:

[S]ome 13,610 acres of coastal wetlands were added to the eight-state Great Lakes region between from 2004 and 2009. Given that the total wetlands acreage in the Great Lakes watershed is 8.5 million, that may not seem like a lot. Plus, some of that acreage comes from receding water that has exposed land. But it nevertheless represents a positive trend that stands in contrast to the rest of the country. During the study period, 360,720 acres of such wetlands disappeared across the nation at large.

The recent effort to conserve wetlands has reversed a centuries-long trend. When Europeans reached North America in the early 1600s, approximately 221 million acres of wetlands covered much of what would become the United States. Due to rapid clearing of these ecosystems to make room for settlements and provide timber for the expanding country, Americans cleared 118 million acres (53.4% of the total wetland area) by the early 1980s.

Unfortunately, Ohio stood at the forefront of wetland destruction. From the 1780s to the 1980s, the state lost 90% of its total wetlands, trailing only California’s 91% loss. This number includes the astonishing destruction of the Black Swamp, which once spanned much of the northwestern corner of the state. In just 25 years (approximately 1860-1885), a wetland that covered an area roughly the size of Connecticut completely disappeared. 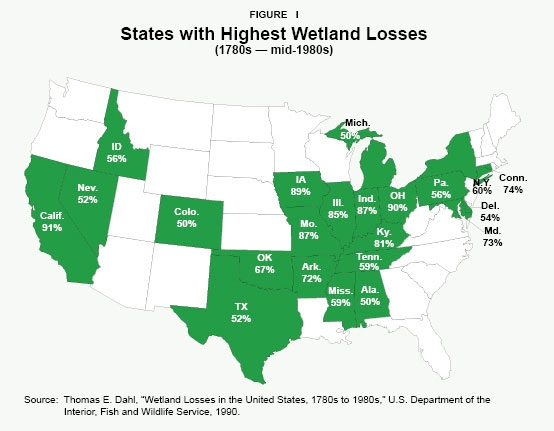 This wave of wetland degradation and destruction has its roots in our consistent tendency to undervalue the important services wetlands provide. As The Encyclopedia of Cleveland History notes, early settlers in the Western Reserve (present day Cleveland) viewed their initial settlement along the Cuyahoga River as “a miasmic, disease-ridden swamp.” This view of wetlands was eventually codified into law; from 1849-1860, Congress passed a series of Swamp Land Acts, which gave 15 states control over all wetlands in their territories – a total of 64.9 million acres – for reclamation projects.

As time has passed and more research has been done, however, it is increasingly clear that wetlands are among the most important ecosystems on Earth.

Wetlands provide a myriad of benefits. They serve as crucial refuges for fish species; research suggests wetlands can have fish populations that are 4-10 times more abundant [PDF] than other ecosystems. They also improve water quality. The degradation of coastal wetlands significantly compromises the quality of water in the surrounding areas, creating $16 billion in losses from pollution every year. Additionally, wetlands act as important buffers against coastal storms and floods. The conservation of the wetlands along the Charles River near Boston prevents $40 million in flood-related costs annually. Overall, the Millennium Ecosystem Assessment assessed the economic value of the world’s wetlands [PDF] at $17 trillion.

Clearly, the addition of 13,600 acres of wetlands to the Great Lakes region represents a major victory, particularly in light of their continued destruction worldwide. Since the 1980s, for instance, human activities have destroyed 35% of remaining mangroves, a form of tropical coastal wetlands.

Much of the success in this are stems from the work of the Great Lakes Regional Collaboration (GLRC) and the Great Lakes Restoration Initiative (GLRI), a federal initiative that President Obama established in 2009. The GLRI has provided more than $1 billion to enhance the Great Lakes region over the last five years. These funds have and continue to go to protecting wetlands throughout the area, including the restoration of wetlands along the Euclid Creek.

Drink Local. Drink Tap., Inc. recognizes the important services that our wetlands provide, particularly the role they play protecting the quality and quantity of our water resources. We celebrate the expansion of coastal wetlands in the Great Lakes region in recent years and support ongoing efforts to strengthen our coastal ecosystems through programs like GLRI, and we remain committed to educating people on the vital role that wetlands play in keeping our Great Lakes great.