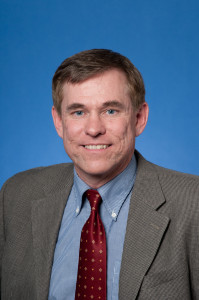 Steven Suranovic, an economist from George Washington University, published an interesting article in this month’s edition of Global Environmental Change. The piece examines our current addiction to fossil fuels from a behavioral economics perspective, analyzing it through a cigarette addiction model.

According to this addiction model, which Suranovic initially developed in 1999 (PDF) treats an individual’s decision to smoke as a function of three factors: the immediate satisfaction from smoking, the potential health effects of smoking, and the perceived costs of nicotine withdrawal. He argues that, while a number of scholars have argued that addicts are irrational actors, they are, in fact, rational based on this model.

He then applies this model to our current dependence upon fossil fuels, which we know are currently damaging public health and the environment, effects on which will only exacerbate as a result of climate change. He describes individuals living within our current economic system as “unhappy addicts.”

The unhappy addict is completely aware that the negative future impacts outweigh the current benefits but continues to smoke at a high rate because the immediate adjustment cost is too high.

The article goes on to examine fossil fuel use, climate change, and the potential to transition away from fossil fuels through this perspective. Suranovic makes an important point about the difficulty of this transition – because individual efforts to reduce carbon emissions will not be felt immediately and, even if they were, these efforts would largely be imperceptible on the global level – “it does not make economic sense for any one person to reduce usage of fossil fuels.”

David Roberts at Grist has explored this issue in depth in several posts on uncertainty and the behavioral economics of climate change, so I won’t go into too much depth here. Suffice it to say that the uncertainty over climate change projects and impacts, the seemingly random distribution of extreme events, and our human tendency to value the present more than the future makes climate change the quintessential “wicked problem.”

Suranovic distinguishes climate change and fossil fuel use from cigarette addiction, however, by pointing out that, while cigarette use is an individual choice, our extant energy system presents a monumental collective action problem. Not only does one’s inability to make a perceptible impact on greenhouse gas emissions make it an irrational economic decision to switch to clean energy, other individuals (or countries, from a global perspective) can take advantage of this decision and benefit from it. If the United States suddenly banned the domestic use of coal tomorrow, there would be a massive glut of coal on global markets, drastically lowering its price. This would provide an incentive for other countries to take advantage of this decision and buy up coal at this reduced price. As such, climate change represents the classic “prisoner’s dilemma.”

While this component of Suranovic’s article is far from new, he does make one extremely interesting contribution to the debate. The Kyoto Protocol, which currently dictates international climate policy, calls for graduated reductions in carbon emissions for member parties. While the US is not a party to the agreement, President Obama made a commitment at Copenhagen to reduce emissions 17%, relative to 2005 levels, by 2020.

While the US has made progress on this front, global emissions levels have continued to increase in recent years, reaching a record high of 35.6 billion tons in 2012. Every year that the global community delays and fails to meet its marks, the annual reduction number inevitably increases. Kevin Anderson has traced this process in great detail, showing how waiting until 2020 to begin cutting global emissions would require a near immediate reduction of all carbon emissions in order to meet the Kyoto goal of an 80% reduction by 2050.

Anderson’s emission reduction pathways, with peak emission years of 2015, 2020, and 2025. As the graphs illustrate, waiting until 2020 to implement carbon reduction programs, as the Durban Accord calls for, would require eliminating nearly all global carbon emissions overnight (courtesy of Grist).

Interestingly, Suranovic argues that, based on the addiction model, this approach is the likely way that we would act to avoid catastrophic climate change. He argues that the current economic and political systems would necessarily produce a “cold turkey” approach, rather than the gradual reduction approach laid out in UNFCCC documents.

Government leaders might recognize that the negative future impacts of climate change greatly outweigh the current benefits but may fail to act because the political cost of fossil fuel reduction is too great. In a similar vein, politicians may promise that something will be done tomorrow, and yet that tomorrow may take a very long time to arrive. However, once the negative future impacts loom large enough, cold-turkey adjustment would suggest a period of very rapid reductions in fossil fuel usage after a long period of almost no adjustment.

While he doesn’t acknowledge it in the piece, which isn’t surprising given that he’s an economist, Suranovic’s article seems to suggest that tackling climate change will require much, much more than making some adjustments on the margins. It will require an enormous mobilization of collective action to completely reform our existing economic, political, and social systems. Unfortunately, I’m still pretty skeptical that we can overcome the major barriers to collective action and actually precipitate this change.

It took 40 years to reduce smoking rates in the US by half. We don’t have 40 years to halve carbon emissions.

I sure hope I’m wrong.