Grist had an article last week discussing the new book Overheated: The Human Cost of Climate Change, from UC Berkeley’s Anthony Guzman. In the book, Guzman discusses the potential socio-political consequences of 2°C warming, the threshold that the international community has set as the limit for global warming. Of course, recent research and our current emissions trajectory has us on pace to blow right past that number, but that’s for another post.

Anyways, the description of the article intrigued me, so I clicked on the link. In the post, Michael C. Osbourne from Grist describes his reading of the book:

Some of the scarier parts of the book are about the overabundance of water that’s coming our way: 2 degrees warming probably equates to about a one-meter rise in sea level this century. That’s enough to displace hundreds of thousands to millions of people in low-lying nations, and, as of now, there is no plan to deal with environmental refugees. 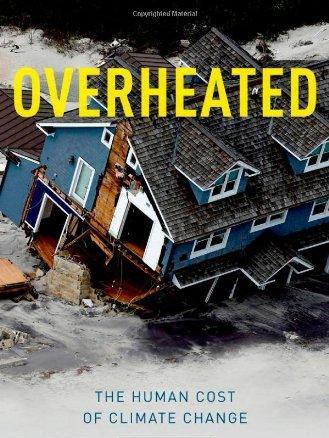 And that’s where he lost me. I know that the term “environmental refugee” and its sister term, “climate refugee” have become buzzwords for environmental activists, particularly when we discuss the dire implications of climate change. In addition, they’re far from new. Essam El-Hinnawi of the UN Environment Programme (UNEP) coined the term “environmental refugee” in 1985. A number of researchers and activists have bandied the term about to serve their own purposes over the years. Different reports offer a variety of wildly speculative projections on the potential number of people who will be displaced by climate change; they range from 162 million to 1 billion people displaced by 2050.

To put it succinctly, these estimates are, largely, absurd doomsday predictions that ignore the actual research on environmental migration issues. I explore the shortcomings of such projections in my previous research on climate change and national security, so I won’t go relitigate the issues here. Instead, I want to point out the inaccuracy of the term environmental refugee itself.

The word refugee has an internationally recognized legal definition, which emerged from the 1951 Convention Relating to the Status of Refugees, the document that established the UN High Commissioner for Refugees. According to this refugee convention, a refugee is a person who:

People displaced by climatic disasters do not meet this definition. Now, if Guzman had argue that disasters and climate change are politically constructed phenomena and that climate change represents the single greatest environmental injustice ever enacted on the developing world by the developed world, I would be a vocal supporter. I steadfastly hold these beliefs. But that’s not the argument here.

Issues surrounding migration and displacement over environmental issues are highly complex and context-specific. Claiming that an extreme weather event will inevitably force a poor Bangladeshi to migrate to northeastern India belies evidence to the contrary and, more importantly, robs this hypothetical individual of his or her personal agency. And calling people who do flee in the face of environmental stresses a refugee strips the term of its incredibly important political and legal weight.

All of this is not to say that people are not forcibly displaced by environmental stress and/or extreme weather events. The work of the Environmental Change and Forced Migration (EACH-FOR) project demonstrates that environmentally induced migration and displacement are exceedingly pervasive throughout the Global South. According to the IFRC, roughly 5,000 new people become environmentally displaced every day. A new report from the Internal Displacement Monitoring Centre suggests that 32.4 million people were displaced by disaster events in 2012, and some 98% of this displacement was the result of climatic disasters.

The evidence is quite robust that environmental catastrophes displace and/or force millions of people to migrate from their homes every year. So say that. Environmentally induced migration and environmental displacement are perfectly accurate, forceful terms. I know that refugee carries a certain set of connotations and a clear mandate for action, but climate hawks cannot just claim it for their own ends. Just as people need to be aware that their actions have consequences for the environment and the habitability of our planet, we need to learn that our words have meaning and consequences.